Prehistory, the Classical period, Roman domination, the Byzantine Empire, the Crusades and Modern times: Greece through the centuries will unfold before you on this three days tour.

1st day: Leave by the coastal road to the Corinth Canal (short stop). Drive on and visit the Theatre of Epidauros, famous for its remarkable acoustics. Then proceed to the town of Nauplion (short photo stop), drive on to Mycenae and visit the Archaeological Site and the Tomb of Agamemnon. Then depart for Olympia through Central Peloponnese and the towns of Tripolis and Megalopolis. Overnight in Olympia, the cradle of the Olympic Games. (Dinner)

2nd day: In the morning visit the Archaeological Site with the Sanctuary of Olympian Zeus, the Ancient Stadium and the Archaeological Museum. Then drive on through the plains of Eliad and Achaia until the magnificent bridge which is crossing the Corinthian Bay from Rion to Antirion. Pass by the picturesque towns of Nafpactos (Lepanto) and Itea, arrive in Delphi. Overnight. (Dinner)

3rd day: In the morning visit the Archaeological Site and the Museum. A couple of hours free time in Delphi before departing and drive through the village of Arachova, renowned for its colorful rugs and carpets. Return to Athens via Levadia and Thebes. Arrive in Athens early in the evening.

November to March Every Monday First Class only 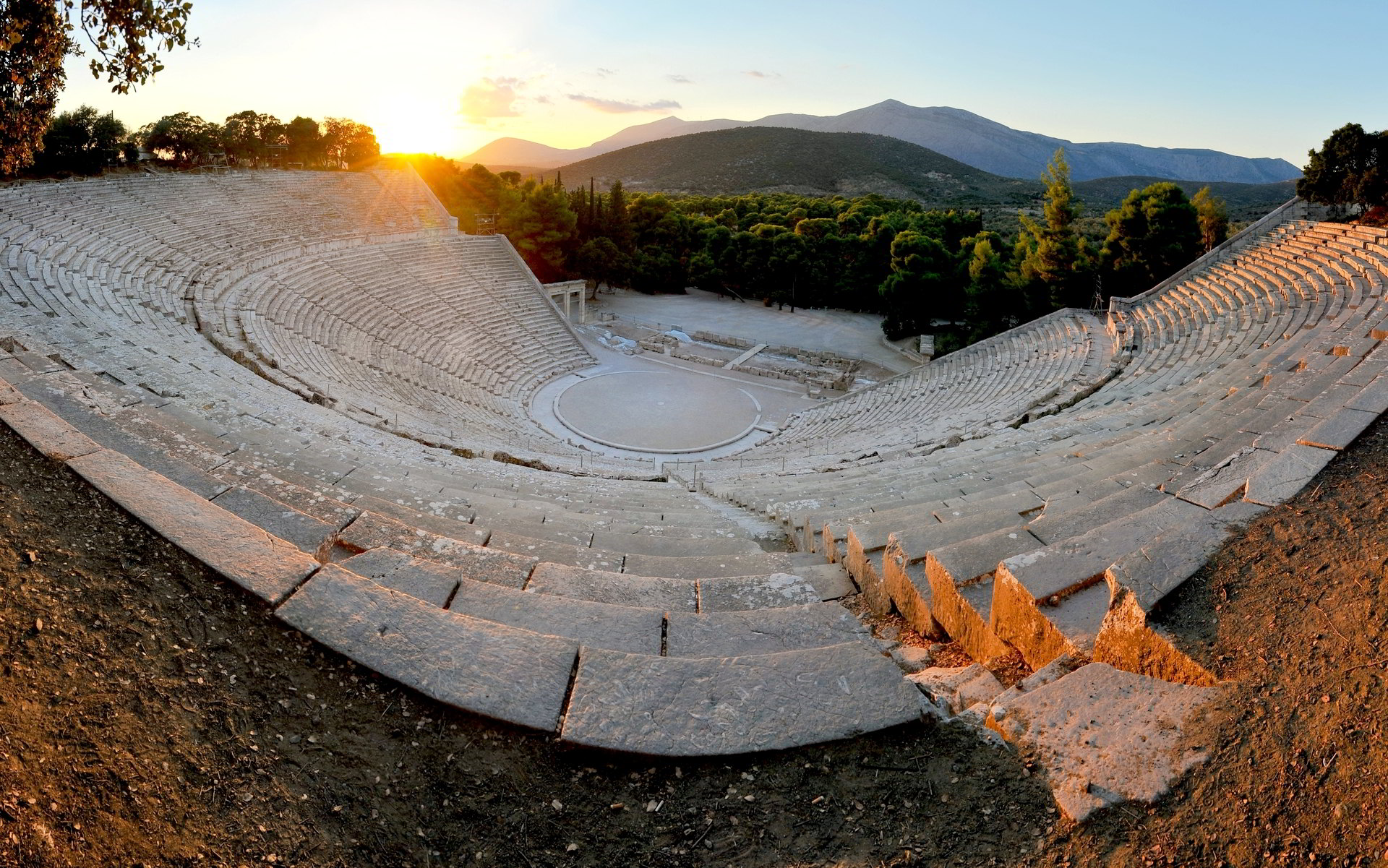